Use multiple layers of security - 'defence in depth'

Effective security for an information asset can be achieved by using several different layers of security measures.

This approach is referred to as 'defence in depth' — the security of an asset is not significantly reduced with the loss or breach of any single layer of security.

A simple example is preventing malware from infecting IT systems. You might apply three or more layers of defence:

If any one system fails to detect a piece of malware, another system will detect it and prevent the malware from running.  It’s important to use a diverse and complementary range of capabilities so each layer can catch and prevent an intrusion that another layer may have missed. 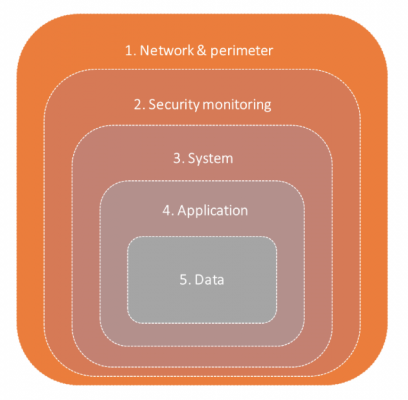 Figure: An example of layers of control in a ‘defence in depth’ information security system in an enterprise environment